Artist’s conception of the Middle River Depot, upon completion.

MIDDLE RIVER, Md. (PRWEB) September 27, 2019 — Maryland-based developer Blue Ocean has announced its acquisition of The Middle River Depot, located in Eastern Baltimore County, Maryland. Middle River Depot is the largest industrial building in the state of Maryland, and is an expansive and historically significant property. 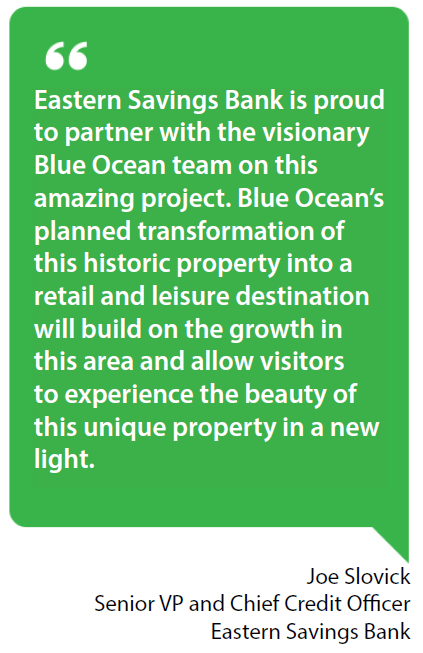 CBRE’s Mid Atlantic Institutional Group oversaw the sale of the 2-million-square-foot project to Blue Ocean. “Although there continues to be massive amounts of national, institutional capital flowing into industrial investments in the Mid-Atlantic region, this opportunity was acquired by a local investor who understands the strategic nature of the location, and who will work closely with the community to create value,” said Executive Vice President Bo Cashman of CBRE.

At nearly 2 million square feet, the facility is slated to become one of the largest Real Estate Opportunity Zone developments in the Mid-Atlantic and is expected to spur economic development and create thousands of jobs. A MARC train station is located within a couple hundred yards of the property, creating a transit-oriented and sustainable commercial real estate development that is rare in Baltimore County.